On August 10, 1945, Japanese photographer Yosuke Yamahata arrived in Nagaski, hours after the detonation of the second atomic bomb. Working for the military, he was sent there to create pictures of the devastation. “One blessing, among these unfortunate circumstances,” Yamahata later wrote, “is that the resulting photographs were never used by the Japanese army—then struggling to resist defeat—in one last misguided attempt to rouse popular support for the continuation of warfare.”

In 2006, White Bicycle created packaging for Ani DiFranco’s Reprieve and found inspiration in a lyric from the title track:
It’s sixty years later near the hypo-center of the a-bomb—I’m standing in the middle of Hiroshima—Watching a twisted old Eucalyptus tree wave—One of the very few lives that survived and lives on— Remembering the day it was suddenly—thousands of degrees—In the shade

One of Yamahata’s photographs features a solitary tree that vividly conveys that concept—strength and endurance in the face of conflict. A drawing, directly inspired by Yosuke’s picture, is featured on the first of Reprieve’s dual covers.The interior cover imagines the rebirth—and reprieve—of that bomb-blasted tree.

Yamahata died in 1966, a relatively young man, from cancer believed to be caused by his exposure to radiation in Nagasaki. Out of respect for a man who essentially gave his life for his art, we reached out to Yosuke’s son, receiving his permission to feature the drawing inspired by his father’s work on the cover of Reprieve.

Ani’s Reprieve is one of five GRAMMY nominated packaging projects White Bicycle has worked on with Righteous Babe Records. In addition to White Bike’s design and cover drawings, the Reprieve booklet features photographs by the ever-awesome Danny Clinch, as well as artwork by The Little Folksinger herself. 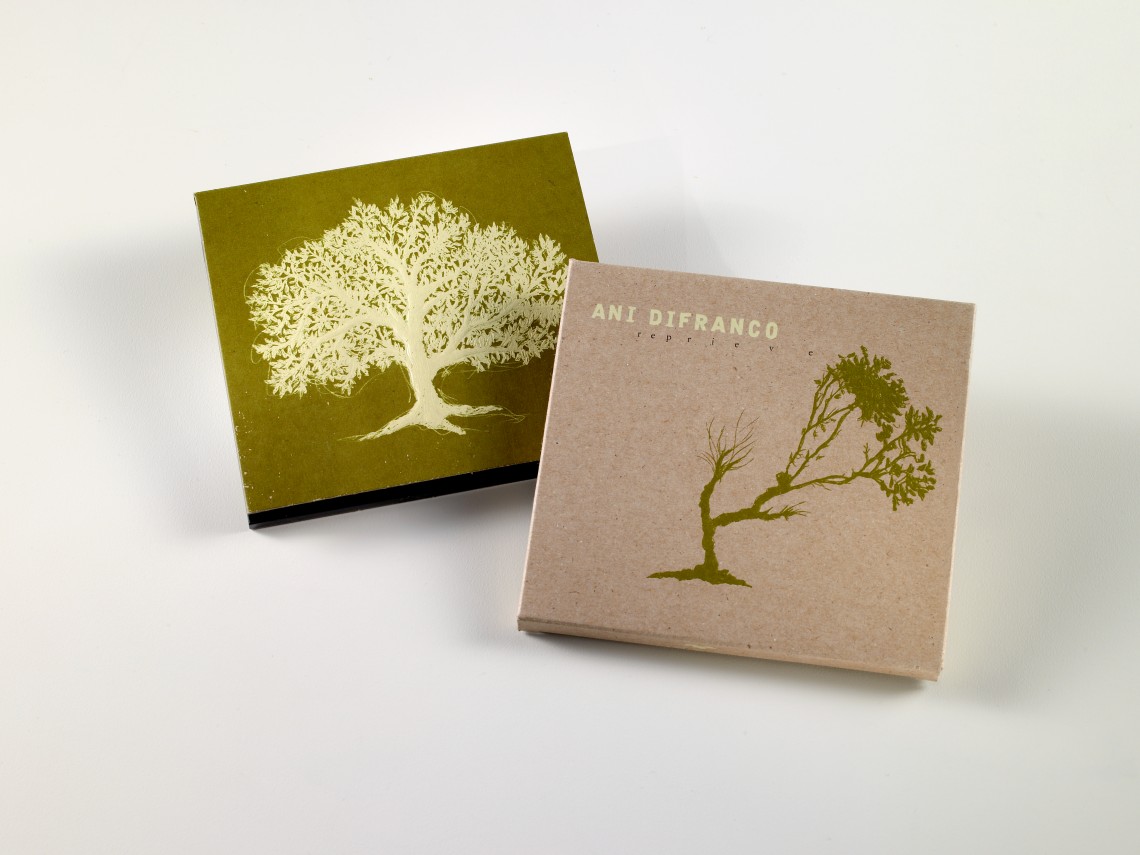 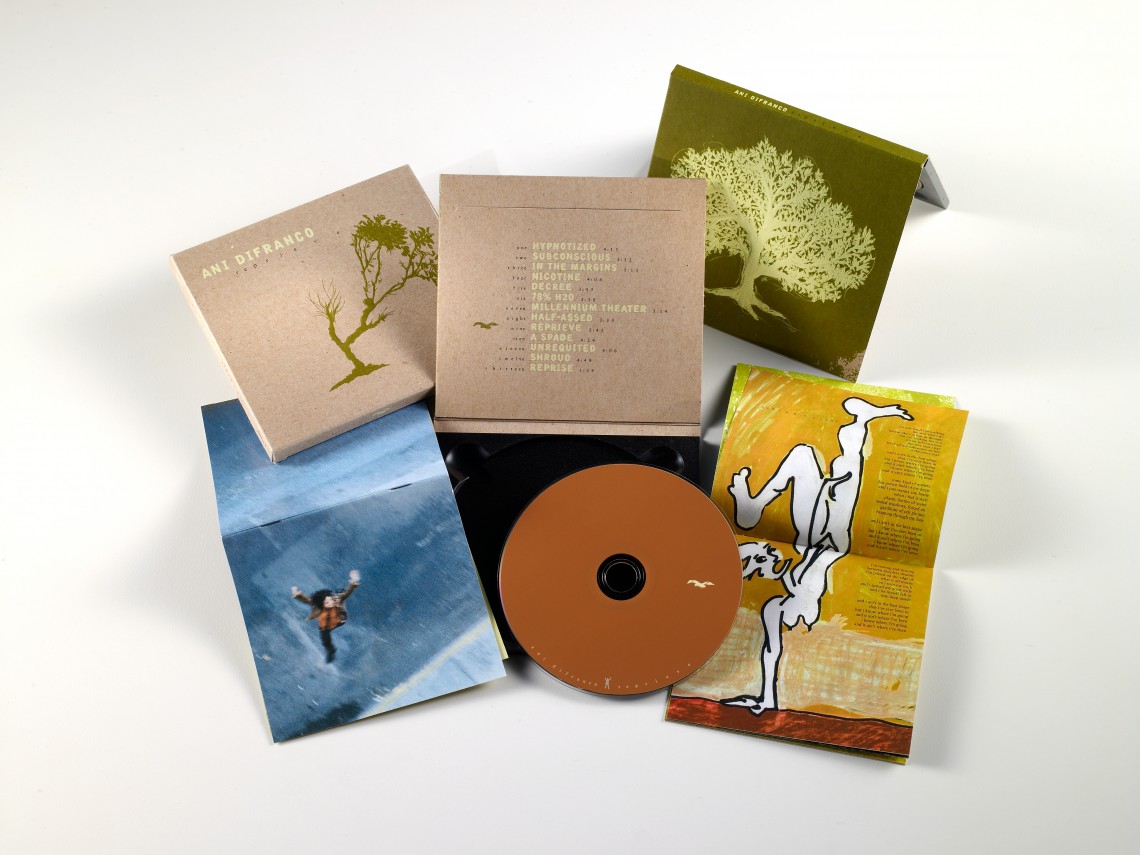 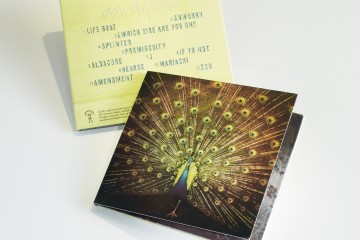 Which Side Are You On Album Packaging
Righteous Babe Records